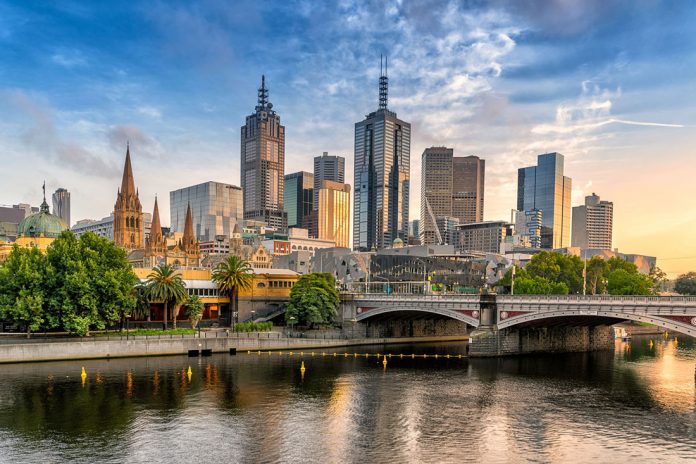 Spring is a lovely time in Melbourne with temperate weather, beautiful spring scenery, and plenty of events to keep anyone who visits entertained. It is a city of multiculturalism and as such, is a melting pot for all different types of events, restaurants, sports, and art. The Melbourne Spring Racing Carnival begins in early September and finishes at the end of November. Listed below are some reasons why visitors should head south to Melbourne and experience what the city has to offer during this exciting time.

Melbourne boasts some of the best restaurants in the world, with many of them being commonly listed in the world’s top 50 restaurants. There is so much variety in the culinary world here, with almost every type of cuisine you can think of and some that you couldn’t even imagine. There is something for everyone here, whether you prefer the basic easy-going eateries, or want to venture into the more up-market restaurants.

Although Melbourne is commonly referred to as having four seasons in one day, spring is generally the mildest time of the year for pleasant weather. You can simply take a stroll through one of the many beautiful parks the city has to offer, or perhaps head down the beach for a swim or surf or just some chill-out time with a book or with the family. Springtime in Melbourne showcases the best that Melbourne has to offer.

Makybe Diva Stakes Day is the first day in the Spring Racing Carnival that features a Group 1 race, which sets the tone of excitement and thrill that the Carnival offers. Aside from the incredible horse racing events, one cannot forget that the Australian Rules AFL Grand Final takes place during this time as well. This is one of the biggest events on the Australian sporting calendar and is held on the last Saturday of September. There is also a projected rugby match between Australia and New Zealand at the Docklands Stadium on the 15th of September 2022 and some of the ICC T20 World Cup matches are being played at the MCG in late October, most notably Australia vs England on October 28th.

Although Australia is not an old country colonial-wise, Melbourne is one of the oldest cities in Australia and has a lot of history. As such, there are landmarks all over the city that commemorate important events that helped shape not only Melbourne but the country itself. The most somber of these is the Shrine of Remembrance which commemorates the fallen soldiers who fought to keep the country safe during WWII. Other landmarks include the Old Melbourne Gaol, Eureka Skydeck, and Flinders Street Station.

Live music has always been one of the forefronts of entertainment in Melbourne. Many world-famous musicians have come out of the Melbourne music scene and the music options are so wildly eclectic that there is no way you won’t be able to find a venue that would suit your taste in music. One of those genres is jazz and the Melbourne International Jazz Festival is one of the most popular music festivals in Australia. It takes place around mid-October, right in the middle of the Spring Carnival, but just before the Melbourne Cup Carnival. So, get your groove on and boogie on down to the festival while you’re visiting.

What Is The Primary Purpose Of A Certificate Of Confidentiality?

What Is The Best Adhesive For Tiling Over Tiles? – For Your Home Decorating...