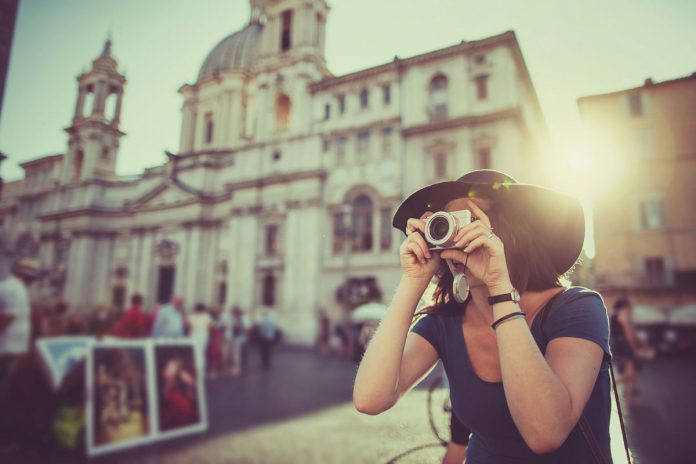 Most of the time we go on vacation with nothing more than the clothes we ‘think’ we may need, usually overpacked, and perhaps a few items such as sunscreen for days on the beach. We also bring along our smartphones with a power bank because just when our battery decides to die, there’s no electricity. However, this year, instead of simply snapping stills of interesting things along the way, why not create a travel journal? There are many reasons why you might want to do so. Consider the following.

History in the Making

So many times, someone has been snapping shots of a city street to show the folks back home when all of a sudden, some major event took place. Remember the Twin Towers and 9/11? Do you know how many of those shots that made the cover of magazines around the world came from people just randomly taking pictures as those planes struck the towers? Later shots were taken by professional journalists, but those initial moments were captured mainly by amateurs visiting the city and a few security cams in the area. While you never want to capture something like that horror, you may come upon an almost extinct animal with a cub or some beautiful forest just before it is leveled in a fire or tornado. These types of photos are priceless as they are part of history in the making.

It isn’t a far stretch to imagine how your photography or videography hobby could become a business you could pursue. Travel journals launched the careers of many photographers in the past and there is no reason why that new career can’t be yours. What you will need if you are taking videos is a high-quality video editing desktop at home.

With a bit of editing, you might even be able to get a few of them published. Perhaps you can upload your travel journal to YouTube and monetize it with paid ads. Imagine that one video you shot this year earning a residual income large enough to finance next summer’s vacation? You might even earn enough to finance a Christmas holiday before that!

Tips for the Process of Journaling in Real Time

Now that we’ve touched on just why you might want to capture digital images on your vacation, let’s touch briefly on how best to document what you are shooting. In the past, travelers carried a notebook which they would take out at some later point to jot down what they were seeing or thinking at the time those photos or videos were taken. Today, camcorders and smartphones let you capture voice as well.

Instead of waiting until some later point in the day when some of what you are thinking may be lost in time, you can narrate as the video is recording. When you go home to edit the video into a collage or a vacation story, you don’t need to leave the sound running the entire time. You can, however, let a few audio snippets stay. This is especially helpful if the event you just happen to capture is something like the January 6, 2021 Insurrection, as things were unfolding at the Capitol.

Your reasons may be many, but your method is singular. Stay in the digital realm in real time and your travel journal will be as authentic as it gets.

5 Reasons To Visit Melbourne During The Spring Racing Carnival

Things To Do In Clarksville TN – Top Things You Should Not Miss!

What Is The Best Adhesive For Tiling Over Tiles? – For Your Home Decorating...