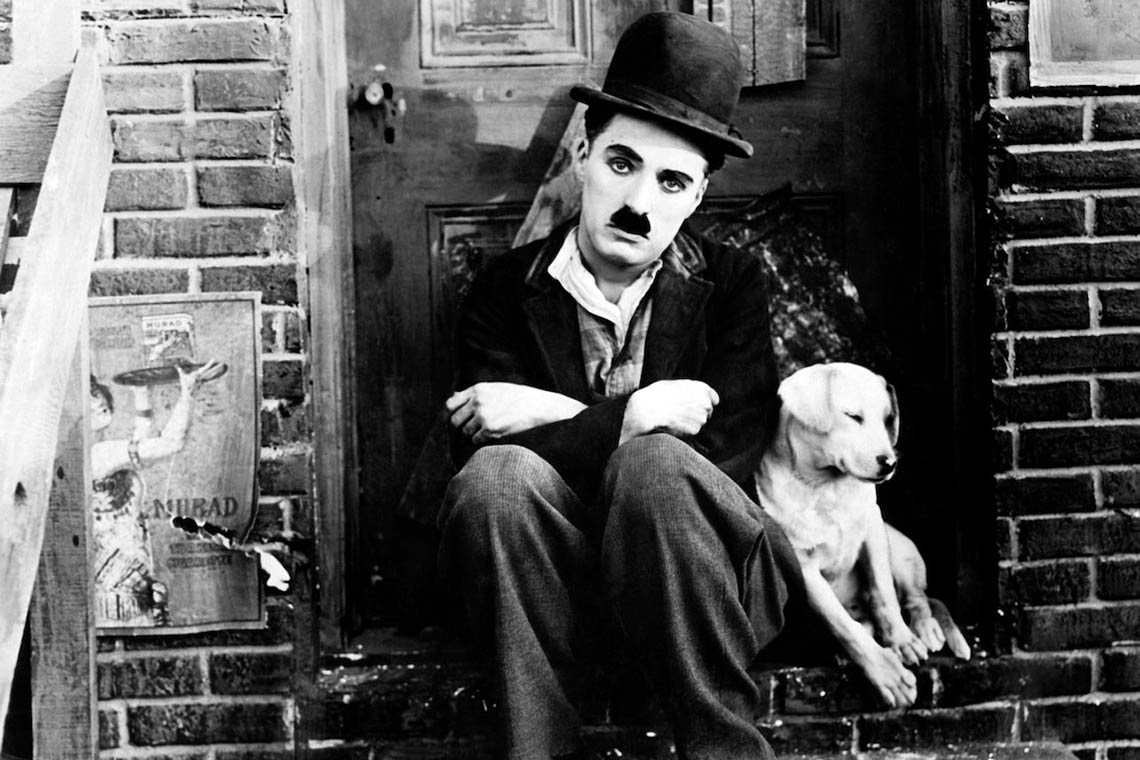 Charlie Chaplin is a famous silent and comedy film actor, considered the most iconic figure with an impressive bristles in cinema history.

If you’re a massive admirer of Charlie Chaplin, the distinctive mustache must have caught your attention. However, even though this bristle style is not new, many people are unaware of its name.

You’ve been wondering, “What type of mustache did Charlie Chaplin wear”, right? So let’s dive right into this post, we will discover everything about that mustache.

What Type Of Mustache Did Charlie Chaplin Wear?

Here, we uncover the name of that Charlie Chaplin mustache! Since the mustache type is similar to the bristles of a toothbrush, it’s often called a toothbrush.

As the comedy king has stated, this type of distinctive mouth hair appears to be pretty amusing. As a result, he wanted to include it in his outfit and was photographed wearing it.

Of course, Charlie Chaplin is not the creator of the toothbrush bristle. However, he is the one who makes it famous all over the world.

The first time the comedy king wore it was in the 1910s when he portrayed the part of “Tramp.” On the other hand, Charlie Chaplin confessed in an interview in 1933 that this mustache was his most excellent choice.

The British actor felt that by wearing this style of mustache, he might make the audience laugh. Furthermore, this bristle is so tiny that it could not conceal Charlie Chaplin’s facial expressions when he was performing.

The toothbrush mustache is simple yet charming. It features just enough hair to create an exciting style without being too overstated or overwhelming, and the corners are neatly shaped so that it doesn’t detract from the contour of your face in any way.

Chaplin has shaved the corners of his bristle, leaving just around 1.6 – 2 inches above the center of his lips. Instead of being tapered, the sides of this mustache might be vertical or almost vertical.

The History Of Toothbrush Mustache

The mustache, which first gained popularity in America at the end of the 19th century, is a tidy and consistent hairstyle.

This result from its simple care requirements and plain appearance made it popular with industrial workers who needed not worry about their looks for work!

In particular, The New York Times reported in 1907 that several German men were seen wearing this trimmed-down one. Previously, the Kaiser bristle was the most popular among Germans.

The first name mentioned in this article is Adolf Hitler, the Chancellor of Germany.

Though we don’t know when Hitler originally wore this Toothbrush bristle, according to Hitler’s server Alexander Moritz Frey, he wore one during World War I when he was fighting.

Adolf Hitler picked this mustache style at the moment to make it easier for him to wear his gas mask.

Also, the German motor racer Hans Koeppen wore this mustache in 1908, when he competed in the race from New York (the United States of America) to Paris (France).

His bristly brush bristle sat at the center of his lip and made him an intimidating competitor on the track.

If you’re a basketball enthusiast, you’ve seen the renowned player Michael Jordan with that mustache on.

In addition to sporting an impressive bristle himself (which he designed), this man left some space between his facial hairs and nose for added style!

What Are The Styles Of Charlie Chaplin Mustache?

Sometimes the fashion industry looks to the past to create something fresh and unique. So, Hitler and the mustaches are waiting for their moment.

Only a few renowned persons dared to have such a mustache since the public associated it with the tragedies of World War II. The conflict, on the other hand, is a thing of the past.

The bristle is obviously not to blame. So, after considering it from a different angle, perhaps you can give this mustache a chance.

To give you a sense of what these toothbrush bristles may look like, we’ve prepared a list of them below.

Hitler’s mustache is shaped like a square. The mustache stops just over the upper lip, and the sides fit perfectly beneath the nose. The remainder of the facial hair is shaved neatly to define the bristle.

This unique take on Hitler’s mustache may appeal to the new generation, making it perfect for those just entering adulthood.

The new bristle features an extended, upward-facing triangle that looks less threatening than classics and can be fashioned into many different shapes to suit any taste!

It is a fantastic idea for someone with thin facial hair. However, if you can’t grow the full ‘stache but want to be stylish, obtain a skinny stripe below your nose, and it will look unique!

Another method to change up the terrifying effect is to make the square bristle resemble a gate. It is a fantastic way to add some variety and spice up your look.

Separate the strands squarely in the middle and brush aside from either side to achieve a one-of-a-kind mustache for yourself.

If you want to make your Hitler bristle less scary, go ahead and let your hair grow wild. The bushy version will require less maintenance than its sleek counterpart, so it’s more impressive in appearance as well!

The best way to make the mustache look cool and stylish is by wearing it with long hair. The picture above demonstrates this fact quite nicely. A man with a well-groomed bristle and long hair can make the simple look very elegant.

The name of Hitler’s mustache – Chaplin is the perfect match.

A lot depends on what we link the style with. If you see this as something that has made people laugh for years, it might be more appealing.

You must be careful when shaping a mustache. If you make it longer, it will immediately become something exciting and different!

Consider going outside your nose and making the toothbrush bristle more rectangular so that everyone can see its beauty from every angle.

The short mustache is clean and eye-catching! This is a fantastic way to save time and look professional. Consider attempting this bristle at the very least. Perhaps you’ll enjoy it.

How To Grow Charlie Chaplin Mustache?

Let’s see our simple instructions below on how to grow a mustache to look like Charlie:

Shave your beard first. To ensure safe shaving, clean and rinse your face thoroughly with face wash. Alternatively, apply a hot cloth on your face for a few minutes to soften the beard hair, making it easy to trim.

Now shave your beard with shaving gel. Shave in gentle strokes and wash the blade several times beforehand. When cutting the bristle, be careful. Pre-cut your beard if you want a quicker shave.

It’s time to form your mustache. The best distance for the bristle is 3-5cm under your nose and above your upper lip. This space will leave the mustache place to grow later. Place the toothbrush at the center of your bristle. Make sure it must be in the center.

Before shaving, you may also create lines with tiny grooming scissors. The best toothbrush mustache has an equal vertical shape, so look for that when you shave the beard on your own.

Check for symmetry once again and use a small comb to make the surface smooth. Be sure to remove any too-long hairs. And that’s how you get your own Charlie mustache!

How to maintain the shape of a Charlie Chaplin mustache?

No matter what design you choose, maintaining a bristle is no different from maintaining other styles.

A typical toothbrush mustache has exact edges and must be maintained regularly to create the style’s unique appearance.

Trimming the toothbrush bristle on a regular basis is essential for its appearance. This way stops the edges from fraying and prevents them from growing long and curling over your lip.

A natural toothbrush is well-trimmed, regardless of style. It would help if you used scissors for accuracy; remember not to cut a mustache with trimmers or razors.

Wax is essential for maintaining the hair smooth and straight.

Wax can assist the hairs in laying flat rather than curling up toward the upper lip. Because the style only requires a tiny quantity of hair, apply mustache wax to the toothbrush with a comb.

Remember to use beard or bristle shampoo. Regular scalp shampoo isn’t suited for the coarser hair on the face, and it’ll likely add volume to the hair, making the style more challenging to create.

In addition, regular washing might cause facial skin surrounding the mustache to become dry.

After washing your beard, use beard oil to soften your hair and hydrate your skin. A few drops of oil, applied with a comb or your fingertips, are all that is necessary.

Through this article, It’s impressive to know about “What type of mustache did Charlie Chaplin wear?”, isn’t it? The comedy king has effectively created a positive image of himself in the eyes of his admirers worldwide, thanks to his mustache.

Generally, If you like this bristle, go ahead and grow it! It’s pretty simple to make! But, of course, don’t believe you’ll appear stupid because many celebrities wear it!

What Are Some Devices Used For Temporary Work Zone Situations? – What You Should...

What Is The Most Effective Method For Getting Rid Of Spider Mites?

What Happens When Dry Needling Hits A Nerve – A Secret You Should Know!

Need For A Success Research Collaboration – What Should You Do