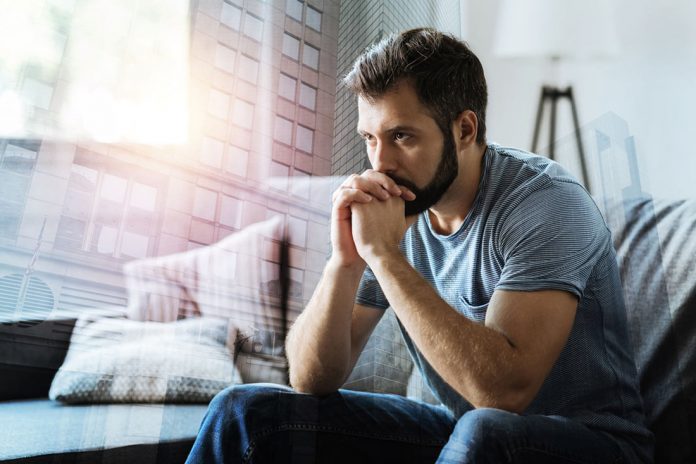 Energy drinks are caffeinated refreshments that allow you to manage better and last longer. Caffeine amounts in these soft drinks are rather high.

Everyone can get an energy drink from the store, but they only consider the positive, short-term impacts rather than the long-term consequences of these beverages on the brain.

So, can energy drinks cause anxiety? Keep on reading to find out!

Can Energy Drinks Cause Anxiety?

Yes. Caffeine in energy drinks is a stimulant medication that affects the brain’s central nervous system. It causes the alertness associated with caffeine by blocking a chemical called adenosine.

This chemical reaction can potentially have unfavorable side effects, such as nervousness or agitation, rapid pulse, migraine, enthusiasm, shakiness, problems with digestion, etc. Caffeine may aid attention and give an energy boost for some people, but it can be problematic for those who suffer from general anxiety conditions.

Caffeine-rich energy drink producers frequently advertise their products as having the ability to improve physiological functioning and provide short-term mood and performance enhancements. Caffeine’s negative effects, as previously stated, can be quite similar to anxiety symptoms. Caffeine, while not directly causing anxiety, can exacerbate symptoms.

Negative side effects of energy drinks have been observed on occasion. When caffeinated drinks were ingested instead of placebos, there was increased anxiety, sleeplessness, and restlessness; these effects occurred in females, but only the impact of insomnia was statistically significant in men.

How To Get Rid Of Anxiety From Energy Drinks?

Nowadays, people might fall into a love-hate relationship with energy drinks. So, here are a few methods to get rid of anxiety from those caffeinated beverages.

Drinks A Lot Of Water

Flushing your system with water is an efficient technique to get rid of your uneasiness. Caffeine’s effects are reduced by drinking water in a very short period of time. Being dehydrated might exacerbate your caffein jitters, so drinking plenty of water can only help.

Once the caffeine content becomes exceeded, you will hard to sit still. Exercising will help you digest the caffeine and release all of that bottled-up adrenaline! Try stretching, going for a fast jog, or taking a brisk stroll. All of them are beneficial to the mind, body, and spirit.

Drink A Cup Of Herbal Tea

Caffeine’s effects on the body will be neutralized by herbal tea. Despite the lack of caffeine, these miraculous drinks have several health advantages, including improving digestion, protecting cells, and alleviating those pesky colds. Not to mention the therapeutic side, which is also a plus! Chamomile is an excellent choice.

Other Side Effects Of Energy Drinks

If you’ve attempted to stop your caffeine addiction, you’re aware that too much caffeine has a slew of severe side effects. Aside from causing anxiety, you might notice the following symptoms after your first sip:

For the question “Can energy drinks cause anxiety?” more study is needed. However, these researchers indicated that drinking energy drinks on a frequent basis is linked to anxiety, restlessness, difficulty falling asleep, etc.

As a result, the amount of energy drinks consumed should be strictly regulated. People who suffer from anxiety should avoid energy drinks and other caffeinated beverages.

Which Of The Following Is Not True About Storage Body Fat?

The Impact Of Alcohol On The Human Brain – The Thing You Should Learn Today!

How To Find Purpose In Your Life

The Impact Of Alcohol On The Human Brain – The Thing You Should Learn...